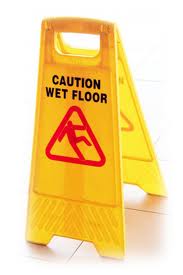 A prominent union body has criticised WA government for declining to approve the new countrywide occupational health and safety (OHS)  laws. The Australian Council of Trade Unions stated their belief that the Liberal government was jeopardising workers by neglecting nationwide safety standards. All states except WA and Victoria will be adopting it. ACTU stressed the national importance of safety standards and the assurance that every worker and their family feel safe.

It is alleged that the governments decision poses a risk to worker’s lives since 21 workers are killed each year in WA on average and someone is injured at work approximately every 30-minutes.The president of ACTU believes that the government is sending the wrong message to company heads.A government spokesperson stated that the government had not received adequate time and information by the federal government. They refused to make a decision until they had analyzed the full impact of the regulations, particularly on its affects on small businesses.

There is some concern that the laws might have a weaker outcome for WA workers.

Queensland has also allegedly indicated that they will not sign up for the mining section of the laws.Union secretary Simone Mcgurk stated that all workplace ministers had a meeting and discussed and agreed to harmonise the OHS laws in 2009, thus giving the government ample time.All states have been given 12 months to implement the laws. Meanwhile Mcgurk and ACTU have participated in a large petition to get WA to sign off on the laws.