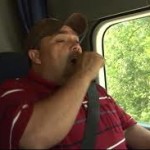 Truckers will no longer feel as compelled to exceed or disregard the work safety limits  since the Federal Government has pledged to introduce a plan that would increase the driver’s wages and decrease their death toll.

Earlier in the week, a survey was released indicating that many truck drivers felt like they needed to speed, overload their trucks, or take drugs in order to stay awake for long hours. The survey said many of them believed that the only way they could make ends meet was by breaking the OHS regulations.

A tribunal has been set to unveil binding pay and conditions for truck drivers by July 2012.  The tribunal is set to include  members from Fair Work Australia and health and safety experts.

Drivers indicated on the aforementioned survey, that they felt pressure to break fatigue management regulations. A quarter of them stated that they drove too fast in order to meet deadlines.Trucking accidents cost $2.7 Billion last year in federal funds. The government believes that the changes would make the roads much safer. This new initiative will be rewarded for the reasonable work that they do, but that there would no longer be any financial incentive to break OHS regulations.