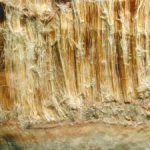 Approximately Two million homes constructed prior to 1988 could hold potentially fatal asbestos dust around electricity meters. Workers have been ordered to wear safety masks while doing work involving the meter boards.Meter boards put in prior to1988 contain asbestos that becomes deadly upon being disturbed by drilling associated with the installation of modern meters and solar energy.

Endeavour Energy  released  a ”hazard alert” to all 3000 workers on Thursday following after workers revealed that they discovered asbestos residue around meters.

The Electrical Trades Union subsequently ordered its members to halt work on or near potentially hazardous board.Labor’s bungled solar bonus scheme has increased the rate of work being carried out on meter boards over the past five years.

Members of the union have been instructed not to return to work until the the boards are deemed as “asbestos free”.  The situation is considered high-risk as the asbestos is friable ( breathable) and thus exposure is a higher risk.

Criticism has been directed towards EE for simply telling workers and customers to wear personal protective equipment rather than acting quickly and appropriately. The union believes the company could have directed more efforts to dealing with the risk to both staff and the public.

Barry Robson, of the Asbestos Diseases Foundation of Australia, has criticized the company as well for identifying the problem but not warning households.

There are concerns that if an urgent public awareness campaign is not launched, then a wave of new asbestos victims will emerge.