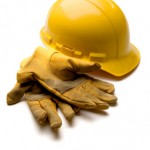 Two separate incidents on isolated cattle stations have led to the hospitalization of a man and a woman. A Queensland Ambulance Service spokesperson claims that the woman was injured upon falling off her motorbike while gathering cattle.

The woman was not wearing safety apparatus and subsequently suffered a fractured collarbone and elbow as well as several abrasions and cuts. The woman was taken to the hospital where her injuries were treated.

The man who was injured around the same time, was discovered in an ‘altered state of consciousness’ after he was knocked out at a cattle stationIt is unclear if the man was knocked out unconscious by a cow or by an opening gate.

He will be airlifted to another medical facility where he will have his head injuries treated.