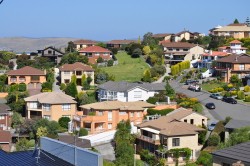 A UK contractor was fined after negligently carrying out asbestos removal.

A contractor in the UK has been fined AUS$1,320 after carrying out negligent asbestos removal practices – despite being a qualified and trained expert in the field.

The Trafford Magistrate’s Court found the main guilty of ignoring his company’s asbestos procedures and endangering the health of workers as he performed the task at Trafford College in Bolton.

He was found out by the Health and Safety Executive (HSE) during an announced visit to the site, which discovered that workers were not provided with protective clothing and equipment.

A total of three workers were therefore placed in severe risk of asbestos exposure. Fortunately the HSE intervened in time, stopping the work immediately and appropriately disposing of the contaminated clothing.

In addition to his fine, the man will be ordered to pay over AUS$400 for his negligence.

HSE Inspector Laura Moran provided some insight into just how hazardous the contractor’s actions could have been.

“Asbestos is responsible for thousands of deaths in the UK every year but it only becomes dangerous when it is broken up and fibres are released into the air,” she explained in an October 21 media release.

“He simply should never have allowed three men to go into a contaminated area while wearing their own clothes, and without the correct protective clothing and respiratory masks.

“Workers, their families and anyone else who came into contact with them would have been put at risk as a result of [him] allowing the men to wear lace-up boots and the clothes they intended to go home in.”

Asbestos continues to be an OHS issue around the world, and Australia is certainly no exception.

With national Asbestos Awareness Month taking centre stage in November, however, employers and employees in Australia will have the opportunity to brush up on their asbestos practices.