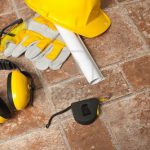 Workers have set up a blockade effectively halting work at Canberra’s Cotter Dam construction site.Construction union, CFMEU formed the blockade at approximately 5:00am citing endless safety concerns. Workers are also reportedly upset over the liquidation of a contractor which operates three cranes at the Cotter Dam worksite.

CFMEU ACT branch secretary Dean Hall stated that police have been present in the area and are threatening to tow away cars that stop at the site. Hall attributes this behavior to the police desiring them to clear out the blockade.  The union however, has made it clear that they have no intention of clearing the blockade until they are confident in the response they get from their employees regarding entitlements and safety of the workers.  Only once the cranes are certified as safe and workers entitlements are paid, will workers allow work to commence on the site.

CTEW Water managing director Mark Sulliva has rejected assertions that  there are ongoing safety problems at the site.

“We haven’t seen any specific issues of safety raised and certainly we’ve had regular reviews by Worksafe and Comcare,” he said..

Chief Minister Katy Gallagher stated that she is confident in how construction on the  dam is being managed . Gallagher said that she understood the union’s position but believes that other methods of resolving issues must be considered to continue work on the site.  The latest delay is yet another problem to hit the project , which has been plagued by wet weather since 2010.

It was due to be completed this month, and its budget has blown out to more than $400 million.