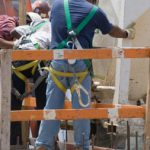 Unions have requested tougher consequences after a company was fined slightly more than a mine worker’s annual salary for an occupational health and safety accident that resulted in the death of a man.

John Holland received a fine of $242,000 by the Federal Court earlier this month for their breach of workplace safety laws by failing to protect staff from injury or death at a Pilbara mine.

Wayne Moore died in early 2009 when he plummeted 12m from an unsafely secured sheet of grid mesh on a machine. It is undisclosed how much Moore earned, but the typical tradesmen in his sector often earned over $150,000 annually and senior workers often received over $250,000.

The court imposed the highest penalty under the old OHS safety regime when safety watchdog Comcare pursued a successful prosecution.  Later, the maximum penalty under the national system rose to $1.5 million for the same type of offense and $3m for more significant breaches. The Construction, Forestry, Mining and Energy Union commented that the case displayed the inadequacies of penalties in the region.

State Secretary Mick Buchan stated that nominal fines sent a problematic message to employees since many in the sector earned the same around the same amount as the fine.