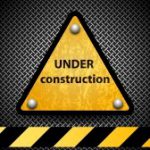 THE push for an independent inquiry into soaring construction costs in Australia was in danger of collapsing last night over Labor’s insistence that it be run by the chairman of one the country’s biggest property developers.

In a letter to Tasmania’s Premier Lara Giddings, Baillieu commented on the inappropriateness of appointing a panel or chair members who lacked experience independent of the government or industry, no would it be appropriate for one who had already stated a position on the inquiry.

Baillieu flatly rejected such an appointment.

The letter was in response to Giddings’ writing to all the states and stating that the battle over MacKenzie raised questions considered  into construction costs, since she believed some states were prioritizing politics over the merits of the inquiry.

Giddings criticized Mackenzie opponents for allegedly holding up the inquiry since COAG had previously agreed that a panel would be organized by the middle of next year.

“If states continue to put apparent considerations of personality and partisanship ahead of the merits of a review, then it is questionable as to whether such a review should proceed at all,” she wrote.

Tasmania is one of the two remaining Labor states which has lead to Victoria alleging that MacKenzie was a “put-up job” by the Prime Minister to stifle any investigating into construction costs.

Gillard’s office declined any comment and MacKenzie has not been included in any public discourse.

Mr MacKenzie is one of the nation’s most prominent  industry leaders and is a former head of a Victorian workplace insurance scheme under the previous state Labour Government.

He also has been a highly visible critic of Baillieu government intention to strip  $500 million from Victoria’s WorkCover Authority.

Ms Giddings commented on the opposition to MacKenzie stating, “Such behaviour has resulted in four months of delay to the process and is therefore at odds with the arguments made regarding the urgent importance of this review,” she said.