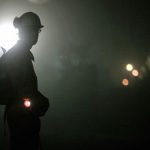 An inquiry conducted by the Herald Sun has revealed that 45 firms and 13 individuals are avoiding fines they were charged with since 2007 over workplace deaths.

Since 2002 there has been approximately 269 workers killed.

The average lost life fines are typically around $170,000 and the median is $95,000. Interestingly, WorkSafe’s prosecution database revealed that some cases involving lost fingers have had higher fines imposed than those involving the death of a worker.

Other results of the investigation concluded :