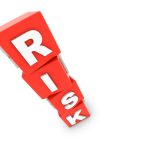 Half a year after the Federal Government had hoped that the OHS Harmonisation laws would be implemented, the State Government is gathering public consensus on the costs and benefits.

WorkSafe WA Commissioner Lex McCulloch stated that harmonised OHS laws would affect all WA workplaces on various levels. Thus the board believes that a consultation process will allow them to consider how the new laws will affect the public.

Six months after the Federal Government had hoped that uniform laws would be in place, the State Government is seeking public comment on the costs and benefits.

In 2010 an Australia-wide consultation process took place however, the current consultation period is meant to specifically gauge how WA workplaces feel about the OHS Harmonisation Laws.

WorkSafe appointed Marsden Jacob Associates as the ones who will conduct the two-month consultation process to  gauge the potential pros and cons of the proposed OHS Harmonisation laws to the WA public.

An information campaign will be  in operation nd six public forums will also be held in regional WA.