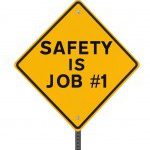 A recent incident resulted in a serious injury of an employee and a serious fine for an Australian employer for poor work safety practices.

The Industrial Court dished out a $28,000 fine (plus legal fees) to Improved Timber Pty Ltd following an incident that resulted in the severed finger of a worker. The worker was injured while working on a machine that had no guard in place which SafeWork SA has deemed a “failure to ensure machinery was in safe condition” for workers.

The incident occurred in February 2012 while the worker was being supervised operating the docking saw. The worker was holding timber in place when the blade caught his head, severing his left index finger. The worker was forced to take 10 weeks off for recuperation time as a result of his injury.

Magistrate Stephen Lieschke stated that the injury could have been avoided or reduced had a guard been placed over the saw or other operation controls.

Guard & Controls Have Been Installed Since Injury

Lieschke, revealed that Improved Timber had recently installed a guard and other controls to avoid further incidents and operators are no longer at risk or injury.SafeWork SA Executive Director Bryan Russell called on  employers to conduct hazard and risk assessments on machinery and tasks.

“The Industrial Court’s decision reminds all employers of their duty of care to prevent a worker suffering an injury,” stated Bryan Russell, executive director of SafeWork SA.

The employer  faced a maximum penalty of $300,000 however the court has since imposed a total penalty of $35,000, due to Improved Timber’s guilty plea, cooperation with SafeWork SA and statement of responsibility and contrition.