Just when you thought dealing with the asbestos that Australia already has was hard enough, it turns out we must also be on the alert for imported asbestos.

The Australian reported this month that the iron ore minder, Fortescue Metals Group, imported about 3500 Chinese-made rail carriages containing asbestos for use in the Pilbara region in what amounts to one of the largest breaches of the national ban on asbestos imports since it came into action fifteen years ago.

It’s not the first time asbestos has entered the country via Chinese imports. It has been detected in building materials, children’s crayons, quad bikes, motor vehicle parts and other products. In 2016, asbestos was found to be present in the roofing panels of the Perth’s Children’s Hospital and in building materials in Brisbane’s William Street tower with both cases linked to Chinese company Yuanda.

The law dictates that importers are responsible for ensuring their materials do not contain asbestos and companies can be fined more than one million dollars if they are in breach. In the case of Fortescue Metals, the asbestos was only detected in late 2017 despite the carriages having been imported between 2007 and 2014. The group has been ordered to replace all asbestos-containing materials in the rail cars by next year. Fortunately, it seems that no employees were exposed to risk and the Australian Border Force has not pursued a prosecution in this case.

Forescue Metal Chief Executive Elizabeth Gaines explained that WorkSafe was advised immediately it was discovered that asbestos was present and expert asbestos assessors were engaged to investigate: “An expert was engaged to test the component and conduct a risk assessment to ensure work procedures met or exceeded the relevant codes of practice… Fortes­cue has engaged licensed asbestos-removal services to replace all ­affected components in line with WorkSafe requirements.” 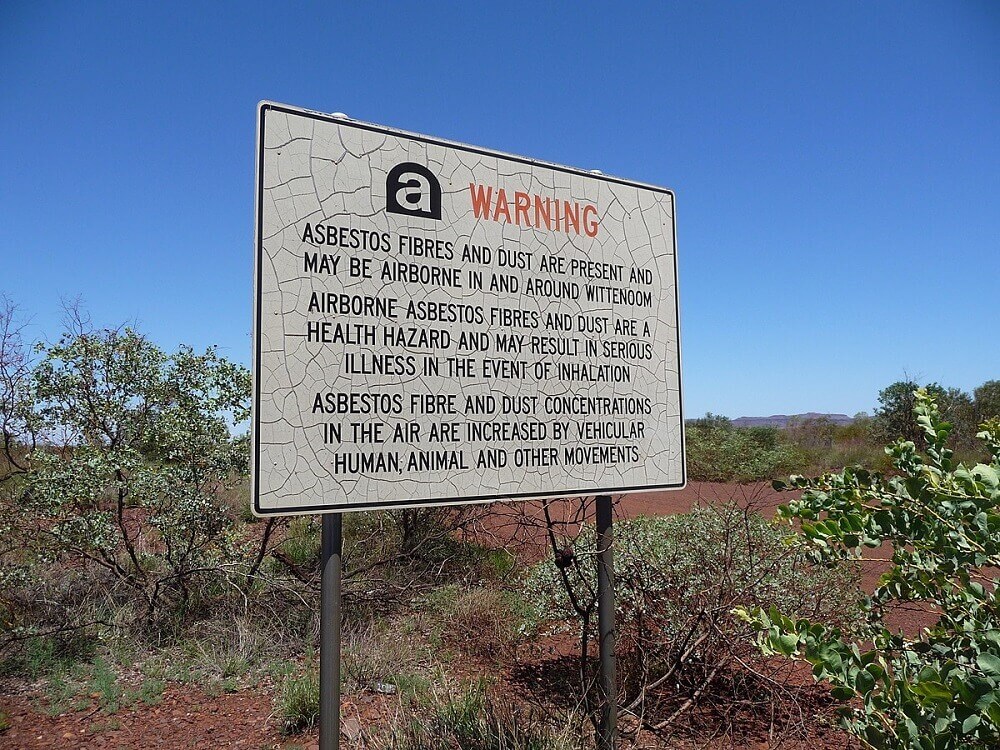 Western Australia’s asbestos troubles don’t stop there, however. With the ever present spectre of the tragic town of Wittenoom hanging over it, a Pilbara council is now concerned that people could be potentially exposed to asbestos if mining giant Rio Tinto is permitted to construct a railway line through a controlled area near the doomed town to service one of its ore mines. The Shire of Ashburton have formally objected to the placement of the rail line which would be built in the Wittenoom Asbestos Management Area, passing just 4km north of the town.

Kerry White is the President of the Shire of Ashburton and said the local council was concerned about the risks associated with the railway line’s planned alignment and the possibility of claims for compensation. While a detailed Asbestos Environmental Management Plan has been approved by the Department of Health, Department of Water and Environmental Regulation and the EPA, she says the Shire’s “on-going position [is] that the serious nature of the human health risks associated with asbestos exposure should principally be avoided, rather than managed.”

West Australian President of the Asbestos Disease Society of Australia, Robert Vojakovic agrees, saying that the rail line in its planned alignment would be disastrous because the speed and mass of an iron ore train would send fine asbestos particles into the air over a vast distance. He insists that there is no safe level of exposure to asbestos.

Whatever the answer to this particular dilemma is, the point remains that the need for asbestos training is not going anywhere. Wherever there is asbestos – whether it’s in old buildings, new imports, or defunct mines – those trained in its assessment and safe removal will be needed. Asbestos management skills are a unique set of expertise which can only be developed through training and education. If you’re trying to figure out the best place to start with asbestos training, take our quick quiz which will give you a good idea of what your needs are. Or feel free to give us a call to discuss your training options.