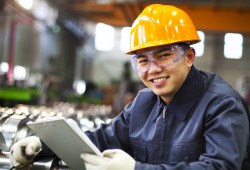 WorkSafe WA has announced the winners of the 2013 Work Safety Awards for Western Australia, recognising the achievements of the state’s most safety-conscious workplaces.

The leading businesses were selected across five OHS categories, and will now be considered for the national Safe Work Australia Awards next year.

WorkSafe WA Commissioner Lex McCulloch stated that the five winners were shining examples of the exceptional workplace innovations and systems the best businesses in Western Australia are implementing.

“These awards provide the opportunity for innovative Western Australians to gain national recognition for their achievements,” Mr McCulloch said in an October 25 media release.

“They recognise outstanding occupational safety and health management, solutions and innovation in both public and private sector workplaces in WA that reduce the risk of work-related injury and disease.”

The winning businesses transverse a broad range of industries and categories, proving that organisations across the board are increasingly savvy about workplace safety.

Technology Assisting Disability WA took out the award in the ‘Best safety and health management system in the private sector’ category, thanks to its innovation in installing customised work stations and equipment to accommodate workers with a disability.

The equivalent award for the public sector was claimed by WA Police, who worked with OHS specialists to extensively improve the policies and procedures that form the basis of the police force’s Safety Management System.

“Awards such as these are all about encouraging best practice in safety and health, and the winners are leading the way by making a significant contribution to making WA workplaces safer,” Mr McCulloch said.

The winning organisations from WA will now have the chance to have their efforts recognised by the nation as a whole, when the winners for the Safe Work Australia Awards are announced in April 2014.