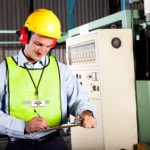 The Australian Workers Union (AWU) revealed their intentions to launch an investigation into the two deaths of offshore drilling rig workers in Victoria. The two men were killed in an operational incident approximately 50 km off the coast of Port Campbell.

The Mobile Offshore Drilling Unit recently returned to land and the AWU stated that they have been briefed on the incident. Reports indicate that something malfunctioned with the equipment and it struck either one of both of the workers which lead to their unfortunate deaths. More details are expected to emerge, however, for now all work has been suspended, and the well has been secured.  Police flew to the rig following the accident.

The National Offshore Petroleum Safety and Environment Management Authority (NOPSEMA) launched an investigation into the deaths. Origin (the company in charge of the drilling Unit) stated that there were no environmental issues as a result of the incident and the gas production will not be adversely affected.

The Union intends to investigate the incident further in order to avoid similar accidents from occurring in the future. The oil and gas industry offshore has reputable and good quality occupational health and safety standards, but the work is inherently dangerous.

A full investigation with the company and the safety authority will be launched.