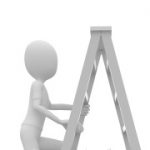 A Crane hire company and its director have been ordered to pay a fine of $71,000 after a worker suffered serious head and neck injuries when he fell through a roof.

Terry’s Crane Hire and director Terrence Ronald Brown put forth a guilty plea for failing to provide a safe work environment which consequently resulted in serious harm to a contractor.

In August 2010, the Mallon Company contracted Terry’s for some re-roofing work  on a commercial property. An 19 year old independent contractor assisted while Terry’s used a crane for the removal of asbestos ridden sheeting. The 19-year-old climbed on top the roof to guide the crane operator. The man walked across the damaged sheets which eventually collapsed causing the man to fall to the cement floor.

Although safety mesh was in place to prevent falls below the roof, it had not continued to the frontage area as asbestos was to be removed prior.

The court found Terry’s had failed to ensure the safety of the 19-year-old, nor did they ensure that he  was informed of the risks and was not adequately supervised.

They were also ordered to pay $1600 in court costs.

WorkSafe WA commissioner Lex McCulloch stated that 16 WA workers have died from falls in the past four years.

“Many others have been seriously and permanently injured as a result of falls, and it’s really disappointing when we keep finding people working at heights without all the possible preventative measures in place,” he said.

More info on Working At Heights