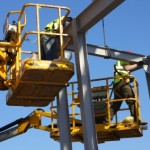 A man from Lara, Victoria, died when he fell almost 15 metres from an aerial lift.

The man fell at the residence that he was  pruning trees at. The man fell from the platform and plunged to the ground. Attempts were made to save his life through the use of CPR, first by civilians on the scene, and then by paramedics. However, they were unable to save him and he was declared dead on the scene.

The man was allegedly not using a harness or lanyard when he fell to his death. WorkSafe is currently working alongside the police in order to understand the circumstances behind this  working from heightst incident.