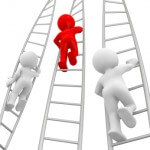 WORKSAFE shut down Mount Stanley fire tower following an inspection that revealed safety issues with an access ladder. The Department of Sustainability and Environment appealed the decision, citing that there wasn’t an immediate risk.

WorkSafe Spokesman Michael Birt said spotters were at risk of potentially falling from a high section of the ladder connected to the cabin which was located 15 metres off the ground.

The Australian Worker’ Union heeded fire spotters’ safety concerns about the ladder , radiation from TV and radio transmitters nearby and asbestos found in the cabin floor workplace watchdog earlier this month.

WorkSafe issued a prohibition notice on the upper section of the ladder in January,following an inspection. The Department of Sustainability appealed the notice citing that reasons for prohibition did not provide adequate jusitification.

Birt said that the inspector felt that there was an immediate risk to the health and safety of employees.WorkSafe stated that the problems exist in the last section of a steel ladder with a cage at an angle of about 75 to 80 degrees.

Birt said that the handrails were unusable because of the steepness which obligated the person to hold onto the steps in order to climb up. A request has been made to install additional guarding.

More Info on Working At Heights