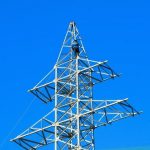 WorkSafe has been vigorously promoting their working at heights safety campaign since 2011, and now reports have indicated that following a death of a labourer, they plan to further expand on their efforts to promote safety. The worker fell from a rooftop of an Oakleigh South factory and was found later by workmates. WorkSafe’s General Manager of Operations Lisa Sturszenegger has continuously promoted safety precautions for those who work at heights.

Preliminary enquiry showed that the man is believed to have fallen from up to five metres when he was replacing the factory’s roof. Sturzenegger is reportedly hopeful that this tragedy will send a message to the industry that quality safety standards must be implemented at all times.

Sturzenegger stated that proper equipment, training, supervision, risk assessment, and frequent maintenance is fundamental to maintaining safety in the workplace. This is the most recent death in a series of construction deaths this year. WorkSafe has launched a campaign this week to promote the continual need for safety requirements to be consistently met. Sturzenegger called for a continuous effort to maintain safety standards in order to limit the costs to the community for areas such as compensation, treatment and rehabilitation.

The investigation into the incident continues, and further information is expected as the inquiry develops.