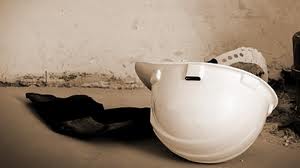 Amidst concerns regarding safety practices, things were expected to take a turn at the Cotter Damn enlargement project. A worker who has exposed issues at the worksite allegedly faces potential disciplinary action from his employer.

WorkSafe ensured that the use of a tower crane has been discontinued. The reason for the crane being labeled as ‘unsafe’ has yet to be revealed, however it’s manufacturer has produced a written confirmation of its present condition which means that it may soon be determined that it is safe to use.

The project, which reportedly costs over $360 million has been plagued by a trend of occupational health and safety issues.

Three months ago, work was delayed when anxieties arose pertaining to temporary structures that were organised alongside a wall of the dam.

Other safety issues cited by WorkSafe include unsafe use of electrical power, electrical coolant, scaffolding, formwork and the failure to use proper safety harnesses.

Construction Forestry Mining and Energy representatives have expressed outrage over a veteran crane operator potentially facing punishment for blowing the whistle on the site. The operator has since received two official warnings but he may face additional penalties. Despite the disciplinary action the worker has been forced to endure, a spokeperson for the company stated that all employees are encouraged to report safety concerns.

Please visit this link for courses on Working at Heights