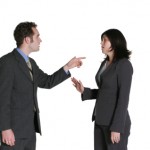 WorkSafe, the agency that investigates cases of bullying and other human resources/occupational health and safety concerns have found themselves being accused of bullying. The accusation has been subject to requests for independent inquiry.

The Age has conducted an investigation that determined that many employees find themselves working in a environment built on fear and bullying by their bosses.About 100 bullying cases have been investigated by WorkSafe over the last five years. Over 20 of the bullying incidents occurred this past year.Senior executives at WorkSafe have indicated that they were aware of approximately 8 bullying-related cases that are being investigated.

According to a former employee (in an interview with The Age), employees are very afraid to talk about the incidents of bullying.  The former staff member can’t fathom how WorkSafe can advise others how to deal with bullying incidents, if the organisation  itself  has its own cases. This investigation follows the sudden resignation of a prominent executive who was accused of bullying and discrimination.

Employee morale at WorkSafe has apparently dropped drastically, according to an employee survey. The survey indicated that one third of employees felt that their bosses did not care about them, their safety, or wellbeing.

An inspector for The Age has stated that one department of  WorkSafe contains some of the biggest bullies than in any other department. A cold, fearful environment exists that has left many employees in tears on a daily basis.