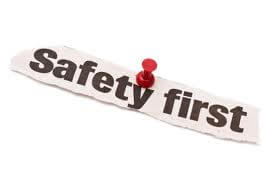 The deaths of six workers in 20 days have led WorkSafe to pressure people to be careful as the holiday season approaches. WorkSafe investigators were called to the scene of a case in which the body of a middle-aged workshop employee was found.The worker, is believed to have died last Friday, after he sustained a cut on his arm from equipment. Various other work related deaths have occurred in the past 20 days which were often the  result of workers not taking the proper precautions.

WorkSafe WA Commissioner Lex McCulloch, made a plea for people to take the proper precautions and be careful in the workplace. Four incidents in the last eight days were workplace deaths. Investigations are continuing in each unique case. The recent sequence of workplace related deaths have been deemed‘unusual”.

Mcculock acknowledged that people are under pressure in anticipation of the holidays, but he stressed the importance of family and the subsequent affects a death can have on them.WorkSafe implements about 10,000 inspections a year, half of which are related to work-related incidents.Despite work related deaths being at a 20- year low; there has been a recent trend of occupational health and safety deaths .