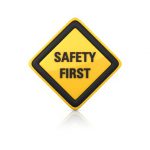 A young mother of two, Tiffany Ward has been adamant campaigner for occupational health and safety since she almost lost her arm in a  a potato processing plant accident in 2008. The life changing accident has compelled her to become deeply committed to preventing others from suffering such debilitating injuries in the workplace.

Ward now appears in a recent government-backed film meant to educate workers about the importance of safety practices at work. In the video, Ward recounted the moment she realized how serious her injury was, after a workmate unwittingly pressed start on the potato slicer while she was cleaning it.

Ward recalls looking down and seeing torn flesh and bones instead of her arm. Her body was reportedly lifted off the ground because of how twisted her arm was in the machine.

Other employees had to hold Ward up for approximately 40 minutes until medics were able to free her. The injury has left her family mentally and financially wounded and her disability has limited her job prospects.

“I drop things all the time. All the cutlery and plates in our house are plastic because I have no strength in my right arm,” she said.

Ward is hopeful that the film will be seen as a warning to young people now entering the workforce.

“It can happen to anybody. It doesn’t only happen to middle-aged men,” she said.

Every year over 25 workers die as a result of occupational accidents in Queensland and over 5000 are left with detrimental injuries. The cost of workplace accidents is estimated at $6.2 billion of public funding annually.