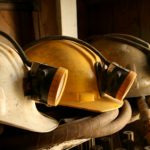 Broken Hill mining company Perilya has been ordered to pay a fine stemming from an  accident five years ago that left a miner in a wheelchair.

The Industrial Court of NSW ruled that Perilya will pay $260,000 over the crippling accident in 2008.

Rod Flight was left a quadriplegic after the front-end loader he was operating at, toppled over and trapped him beneath it.

The court ruled that Perilya’s failure to maintain the vehicle resulted in a diminished braking capacity and a faulty warning light and alarm.

The company also failed in ensuring that staff maintained the right safety paperwork.

Perilya handed a guilty plea to the courts for failing to ensure the safety of its employees under the Occupational Health and Safety Act.

Mr Flight now lives in Adelaide and is paralysed from the neck down.