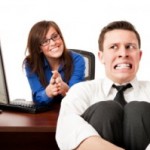 Famed WA union boss Joe McDonald again been fined for bullying employees at a construction site. The most recent fine against Mr McDonald and the Construction, Forestry, Mining and Energy Union takes the combined total  against the pair to  over $1 million since 2005, according to Fair Work Building and Construction.

Revealed in the Federal Magistrates Court, Mr McDonald, the CFMEU WA assistant secretary, said that if Herdsman Business Park i workers weren’t a member of the union they could “F**king go and find” employment elsewhere. There are no requirements for workers to be union members.

During a meeting with the employees of various subcontractors, Mr McDonald said he would close down the site because there were not enough amenities or toilets and the scaffolding was not safe. Two other CFMEU officers also instructed workers to stop work and leave the site. All but four did for the rest of the day. The court heard that shortly after, the site manager told Mr McDonald he had arranged for additional toilets for the site, but Mr Donald responded “I don’t care, the men aren’t going back to work”. Mr McDonald was found guilty of unlawful industrial action and making false and misleading statements about workers’ requirements to join the union and fined $6380. The union was fined $28,600 plus $15,000 in costs to be paid to FWBC. Mr McDonald and the CFMEU have been embroiled in numerous legal cases relating to bullying of workers at WA construction sites.

They were recently ordered to pay a $200,000 penalty for engaging in a targeted industrial campaign against the same company on another site. Last year Mc McDonald lost an appeal against a $8000 fine for taking unlawful strike action at City Square in the CBD on July 15, 2009. He had encouraged workers with occupational health and safety concerns to walk off the job for the day. The union also was fined $40,000 for the illegal action. FWBC chief executive Leigh Johns said Mr McDonald was misusing union members’ fees. “Mr McDonald is a recidivist who regularly flouts workplace laws and then turns up to court with no defence, ready to do a deal using CFMEU members’ funds,” Mr Johns said. “While we welcome the court’s handing down the penalties and costs, the fact is that Mr McDonald has wasted the court’s time, as well as some $250,000 worth of union funds in recent weeks alone. “If Mr McDonald stopped his pattern of unlawful behaviour, hard-working members of his union would be better off, in both their industrial outcomes, and through savings of some $1 million his actions have cost them in penalties since 2005.”