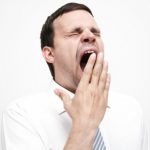 Recent lapses in procedure have resulted in the Ambulance union declaring that mistakes made by paramedics were the direct result of fatigue. Shortly before this declaration, it was revealed that a 62-year-old woman collapsed from what appeared to be a heartattack. Paramedics arrive at the scene and immediately tried to revive. After 27 minutes, the paramedics gave up and declared the woman dead—then six minutes later the woman woke up. The woman’s heart had never infact started but the allegedly fatigued paramedics did not notice any abnormalities.

A leaked Ambulance Victoria report revealed that paramedics have had fatigue level readings that are equal to twice the blood/alcohol limit. The secretive report quoted paramedics who stated their concerns for the safety of patients and the level of alcohol that many consume to avoid work.The confidential report is almost 3 years old now but little changes have been made to deal with the fatigue levels of ambulance workers, according to the Ambulance Employees Australia union.

State secretary Steve McGhie is concerned that fatigue may be causing incidents such as the one involving the 62-year-old woman.McGhie said he would consider legal action if any of his injuries were the victim of shoddy Fatigue Management