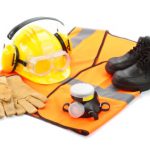 Sorel Singh was without his usual PPE Safety equipment (protective clothing) on the evening in  August 2010 when he was summoned back to Bajada Poultry’s chicken processing plant. Singh is a contractor and was ordered to spray down a machine referred to as a “chain line”. This machine can dispatch birds at a rate of 183 per minute, or 10,000 an hour.

On this night while the machine was in operation, Singh’s jacket got caught and he was dragged quickly in to the processing machine and died.

Following the incident, the machine was down for only a few hours. A worker claims that WorkSafe told Bajada to change its practices and commenced an investigation. WorkSafe Victoria has yet to reveal if Bajada was going to prosecuted over Singh’s death.

On February 2nd 2012, a worker at the same factor was admitted at the hospital after he sustained serious burns. The worker was standing on a three metre ladder while attempting to unblock a tallow pipe. The worker fell and triggered a safety valve that shot hot fat all over his face and neck.

The machine was back in action within hours, by 6am, a worker said. WorkSafe told Baiada to change its practices and began an investigation which, it told Weekend Business, had just been completed. WorkSafe Victoria, however, would not reveal if it planned to prosecute Baiada over Singh’s death.

The Australian Competition and Consumer Commission has expressed deep concerns over the concentration of power in the hands of Bajada and other major poultry processing plants.