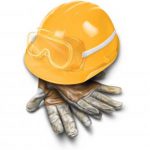 Safety concerns at St John of God are “completely untrue”, the oncology nurse manager has argued, despite a senior nurse admitting he almost administered the wrong chemotherapy treatment.

On the second day of a Fair Work hearing into the dismissal of oncology nurse Guy Mitchell, day stay nursing unit manager Anita Edwards painted a picture of an employee who “wouldn’t even say good morning”, was unhappy when he wasn’t in charge and was not a team player.

Ms Edwards told the hearing she believed Mr Mitchell understood he was not to treat a patient who was a friend of his, an order he went against, leading to his termination.

Under cross examination from Mr Mitchell, she said staff were not counselled about bullying inherited from the previous ward staff nor were there numerous safety concerns.

She said she did not speak to Mr Mitchell about “frequent” crossing of patient boundaries by other staff who did not receive warnings and said a complaint from the same patient about another nurse was “poles apart” from his behaviour.

Ms Edwards said she was unaware of his concern about not double checking chemotherapy to the patient was driven partly because he was one of the nurses who had almost given a patient the wrong treatment.

Mr Mitchell said he realised the mistake and removed and discarded the chemotherapy bags and lines before any incorrect treatment entered the patient.

He said he then told Ms Edwards and the treating doctor.

“There were many reasons why we needed to change the policy in regard to checking the chemotherapy,” Ms Edwards said.

“Safety is paramount, we have a process in place and they are dealt with immediately.

“Perceptions of unsafety (at the hospital) are completely untrue.”

She told the hearing she was “absolutely mortified” Mr Mitchell had treated the patient, then asked the patient to write a letter of support, after her “clear” direction not to.

Mr Mitchell highlighted differences between Ms Edwards’s statements to Fair Work and Work Cover to suggest she was an untruthful witness.

He has claimed the meetings and warnings were part of a sustained bullying campaign against him.

The hearing was adjourned to a date to be set.