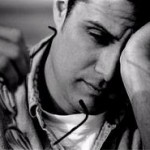 Throughout the past 2 years workers at the forefront of the ACT’s most hazardous and high-pressure professions have received a million dollars in recompense because of the stress they experience at their jobs. The Emergency Service Agency –which supervises firefighters and ambulance staff, as well as the State Emergency Service which is mostly volunteers – said one of its workers was on mental health leave for 138 weeks.

Eight staff members at the ACT Health Directorate,  have filed claims for ”adjustment disorder”, the directorate said. This year, three claims have been acknowledged and $41,887 remunerated. Hospital nurse and University of Canberra assistant professor Jamie Ranse stated that a number of urgent incidents often caused the most stress. Stress can lead to fatigue management problems.

Mr Ranse, 31, also indicated that situations that remind nurses of their own mortality or susceptibility to illnesses, can cause stress.Employees who are parents, see children being brought in to the hospital, which can also be stressful.

Ranse said after big situations ‘debriefing’ sessions are conducted.Ranse continued by mentioning that some people have different ways of coping and thus ‘debriefing’ sessions may not be beneficial to them.All the agencies claimed that workers who find themselves under immense stress have access to confidential counselling as well as programs aimed at teaching stress management .