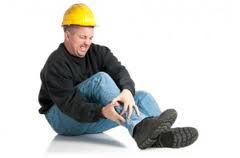 WorkSafe Victoria has disclosed that the average expenditure on rehabilitation for injury cases in Bayule, exceeds $10,000.

This data was released as part of the WorkSafe campaign “Any day now” , that aims to remind workers that inspection can happen at any point which means that employers and employees should work to maintain the safety standards of their company prior to inspection.WorkSafe Victoria Health and Safety head, Ian Forsyth stated that unsafe practices were still being discovered, such as missing guards on machinery,and other types of breaches that can potentially cause injuries.

WorkSafe had also recorded a greater volume of prosecutions in the new financial year, charging 45 workplaces in the past four months .Forsyth stated that WorkSafe has been inspecting, investigating and prosecuting occupational health and safety breaches.