Millions of people walk in and out of hospitals around the world every day. Some are doctors, nurses and staff members getting paid to clock in and help the sick and injured. Others are patients and their loved ones seeking relief from pain and treatment for illnesses and injuries. Some are already fighting serious medical conditions like cancer. Others are conducting research on subjects suffering from those diseases.

What none of these people expect to encounter is a deadly dose of asbestos fibres floating around in the air. They breathe the air freely, perhaps assuming that the hospital is one of the cleanest and healthiest places in the world.

Unfortunately for many Australians, those hospitals may be the least safe of all places in the country. Employees working in some hospitals for many years are now coming down with mesothelioma, a cancer caused by exposure to asbestos fibres in the air. The problem is being traced to the presence of asbestos materials in the tunnels running underneath many hospitals.

According to many hospital workers, tunnels have served as passageways for staff members for many years. One mesothelioma victim and long-term hospital employee noted that she used the tunnel under Royal North Shore Hospital in Sydney as many as 10 times a day, and she worked at the hospital for 30 years. She has now been diagnosed with mesothelioma and is campaigning against the hospital to ensure that the danger of asbestos is contained and eliminated.

There are many other employees at hospitals throughout Australia who were likely exposed to asbestos in the air inside those tunnels. There is also concern that the presence of asbestos is not limited to the tunnels.

Tanya Segelov actively represents victims suffering from diseases caused by asbestos and other dangerous dusts. She alleges that asbestos is hidden within many Australian hospitals, and it isn’t just in the tunnels. She believes that the ceilings, steam pipes, fire doors, broiler houses and laundry facilities of many hospitals are contaminated with asbestos. 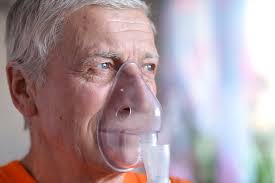 If you are questioning why so many hospitals and other businesses can contain asbestos and still remain open to employees and the public, it is a matter of justifiable risk. Hospitals allege that their buildings have been tested for asbestos fibres in the air, and no detectable asbestos fibres are present. The argument is that the asbestos materials present in hospitable buildings are not friable and therefore don’t present an immediate threat to people breathing the air inside the buildings.

Friable materials are those that can easily crumble, sending dust fibres into the air. Those airborne dust particles are what collect in the lungs of humans, causing mesothelioma and other diseases. These fibres are not easily eliminated from the body, so they collect over time. In many cases, symptoms of disease don’t set in until years after the exposure.

Hospital representatives have stated that they believe the asbestos contained within their buildings is contained and is not friable. This would mean that they are of no danger to humans unless disturbed.

Many hospital workers and patients are starting to worry about their safety when they enter hospitals, largely due to the case of one known hospital worker diagnosed with mesothelioma due to asbestos exposure over three decades of service in a hospital. Employees of some hospitals are also starting to talk openly about time spent in the tunnels beneath hospitals, including some stories that relate to Halloween festivities that may have introduced children and other non-staff members into those asbestos-contaminated tunnels.

Union representatives throughout Australia are now fighting for hospitals to take the risk of asbestos contamination more seriously. Representatives including Tanya Segelov claim that the risk is not limited to those tunnels, and the threat of life-threatening disease is still valid for many Australian hospital workers.

Concern for Workers and Citizens

This concern over asbestos in hospitals comes during a time of heightened alert in Australia. Many residents are now well aware that millions of structures throughout the country were built with asbestos-containing materials, and there are routine news stories regarding citizens concerned with potential exposure in their local communities.

As buildings are demolished and renovated, there is an ongoing concern that asbestos fibres will release into the air, causing disease that will sabotage lives in years to come. This is a nationwide health concern that has been around for generations, and the lingering presence of asbestos materials in older buildings means that it will remain an issue for generations to come.

It is important to stress that this is not an issue related only to the Royal North Shore Hospital in Sydney. The discovery of asbestos has shut many businesses down in recent years, and that includes small businesses as well as large corporations operating in various areas of Australia. The country used more asbestos materials than most others prior to 1980, so it is going to take a long time to completely eliminate all structures throughout the country of those materials.

As unions continue to place pressure on hospitals to take asbestos concerns seriously, testing will continue to determine the true risk to lives of people moving in and out of Australian hospitals each day. As risks are detected, sections of hospitals may be closed to the public while the asbestos threat is eliminated.

In the meantime, Australians should remain on the lookout for potential asbestos dangers. Maintenance workers and other employees in charge of construction, renovation and maintenance of facilities should receive professional training on the detection and treatment of asbestos materials. This training is essential because employees may unknowingly disturb materials containing asbestos, presenting a health risk to their own bodies and many others around them. Education is the best weapon Australia has against the lingering threat of mesothelioma and other diseases caused by exposure to asbestos fibres.

Asbestos is a serious issue in Australia. If you would like to know more about this deadly material, check out the other stories on our news feed.

To access asbestos awareness and removal training, get in touch with the AlertForce team today.