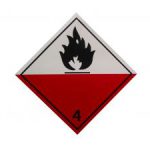 NT WorkSafe claim that many refrigeration and plumbing companies continue to endanger their employees lives regardless of two tradesmen’s deaths last year.

A 24-year old fridge mechanic was killed when his van blew up in his driveway. Less than a week later, a similar incident caused the death of a tradesman.  These deaths have launched inspections of air-conditioning and plumbing businesses by NT  WorkSafe.

According to Executive director Lauren Hull, inspectors have been compelled to issue prohibition notices to some businesses.

Hull stated that workers continue to carry oxyacetylene even though it could potentially cause a fatal accident.  She said that more than half of the businesses visited have ignored WorkSafe’s many pleas.