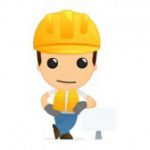 Soon after receiving criticism for “high handed statements”, WorkSafe ACT will be auditing all dry cleaners throughout the territory. WorkSafe has already issued approximately 60 improvement notices in just six inspections.

Work Safety Commissioner Mark McCabe stated that he was ”appalled” at the first results of the audit, which were launched in response to a near-fatal carbon monoxide leak from a Woden dry cleaner.

The Drycleaning Institute of Australia expressed their disappointed by the  alleged lack of communication from WorkSafe ACT  pertaining to any breaches.

Chief executive officer Philip Johns said the Work Safety Commissioner’s  comments were “accusing” the entire industry of being responsible, despite the industry’s efforts to work very hard to be compliant with all safety laws.

”We would hope that the authorities come to us if there are any particular breaches, rather than making some fairly high-handed statements about getting your house in order, otherwise cop a $250,000 fine,” Mr Johns said.

”A little bit of working together is actually going to help us achieve more,” he said.

Johns revealed that the industry will conduct their own audit to address any potential safety issues.

McCabe said on Wednesday he would be more than happy to assist the industry with the internal audit.

He said it was to premature to commence talks with the industry, given the audit was still in its early stages.