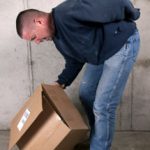 northern Queensland council was told to pay a worker over $400,000 in compensation for injuries he received to his back while swinging a sledgehammer while working.

The Supreme Court in Cairns directed Cook Shire Council to pay Darryl Hosmer following the injury he received to his spine.

Justice Jim Henry published a 35-page decision which cited that despite early denials by Cook County , the council has admitted responsibility for the injury Hosmer received to his lumbar spine while conducting a task.

According to Justice Henry, Hosmer alleges that the spinal injury was a direct result of the council’s breach in its “ obligations and duties” in ensuring workers safety.

However, Justice Henry said that despite the council admitting liability they have also denied that the incident caused the stated injuries.The court was informed that Hosmer was inspected and assessed by two notable orthopaedic surgeons in October and November 2008. The injury is said to have been caused by the repetitive action of swinging the sledge hammer and then bending over to  strike ‘dumpy pegs’ into the ground.