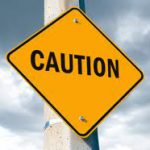 A subsidiary  of a notable Australian forestry company received nearly double their initial fine on appeal for Occupational Health and Safety breaches . Carter Holt Harvey Woodproducts Australia Pty Ltd, now under BSG Holdings Pty Ltd, received a conviction and fine of $230,000 after originally receiving a $120,000 fine in November 2010. Michelle Cooper died in 2008 as a result of a collapsed timber pack which exceeded a tonne in weight. The timber pack hoist fell on her as she dislodged a piece of jammed material.

The Director of Public Prosecution stated that the original fine was inadequate which compelled the undertaking of the case. Judge Tinney acknowledged that the company does not openly disregard safety but neglected to ensure that a common hazard was given more attention considering the size and nature of the machine involved. WorkSafe’s Executive Director for Health and Safety, Ian Forsyth is pleased with the increase because of the high-risk nature of timber milling.

Forsyth believes that the highest standards of safety must be upheld for timber workers. Forsyth signified that they were disappointed that a company of such high regard in the industry were not leading the way with regards to health and safety. He believes there is now an opportunity for the industry to closely examine where safety improvements can be made to limit risks and costs.
Source: http://www.worksafe.vic.gov.au/wps/wcm/connect/wsinternet/worksafe/sitetools/news/carter+holt+harvey+workplace+fatality+fine+nearly+doubled+after+appeal