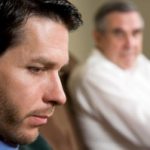 An academic professional has released a report alleging that bullying has become a widespread problem in Australian universities and should be investigated across the tertiary sector.

Sarah Gregson’s Report into Workplace Bullying at UNSW, was initially reported in Herald early this year, and revealed a culture of bullying and intimidation at the post-secondary institute. It has since been submitted to a federal inquiry into workplace bullying . Gregson, an academic at the institute and the local branch representative of the National Tertiary Education Union (NTEU), stated her intention to lobby the union to extend her survey throughout a multitude of institutions.

Gregson has reportedly sent the report to a variety of activists throughout the union. She stated that the activists seem to be aware of many of the issues and believe a continual campaign is required. It is her hope that a parliamentary inquiry would recommend an improved legislation in the area.

An email to staff from Neil Morris, VP of university services at UNSW rejected the claims made in Gregson’s report. Morris claimed that there was no pattern of bullying and the methods of research were not dependable.

Morris stated that survey methodology was flawed because of numerous factors. He cited the surveys broad definition of “bullying” and numerous other situations as reasons why the survey is not sound. He also stated that the number of complaints and the amount of staff the survey claims to have been bullied do not correlate. The report revealed that majority of the 552 participants had experiences or observed bullying behaviours. 68 percent of participants said they had been bullied while 83 percent had been a witness.