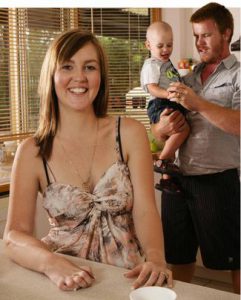 “In it for the Long Haul: The Tiffany Ward Story” was launched by the WHSQ and may serve as both a wake up call for workplace safety and an inspiration for those who have already been injured on the job. This is the story of her horrific accident, in which both her arms were caught in a factory auger, leaving Tiffany near death and with serious lifelong injuries. But also tells of her own struggles as well as that of her family to come to terms with the financial and physical consequences that the accident left in its wake.

As Tiffany explains, this accident that occurred when she was just 18 proves that workplace accidents can happen to anyone not “just middle aged men.” The purpose of the film seems to be two fold. The main purpose is to make people more aware of just how important workplace safety is and the effect that working in an unsafe work environment can have not only on the workers themselves, but on their loved ones and family as well.

The second goal of the film, clearly is of an inspirational nature. It makes clear the struggles that this young woman had in dealing with her injuries and the financial burden that such injuries entailed. It also highlights the emotional toll that such injuries take upon other family members to see someone they love so severely injured and struggling to recover and build a life in the wake of the trauma they suffered.

This is a film that is well worth seeing and employers are urged to show this film to all of their employees as well as view it themselves. Perhaps, seeing this film will make it clear just how important workplace health and safety is when one can actually hear and see the effect that these types of accidents that can be avoided can have on a person’s life.