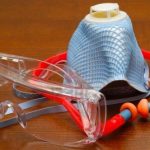 An employee of the BGC cement plant in Naval Base was killed recently after he was crushed by a scissor lift. The middle-aged man was doing work at the company’s cement site on Beard and Morley Streets. Police were informed of the incident shortly after noon, but Emergency services and WorkSafe inspectors are always on site.

WorkSafe had to visit the plant a year ago when another employee was killed, after being buried alive under a sand pile that collapsed on him in a silo.

WorkSafe WA Commissioner Lex McCulloch said that any work-related death was a tragedy, and extended his sincerest condolences to the family.

According to a WorkSafe spokeswoman the man, in his 20s, was working under a pile of fine sand when it collapsed on him and killed him.