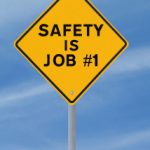 AN investigation has begun into the death of a coal seam gas project worker during last week’s heatwave.

Workplace Health and Safety Queensland has confirmed it is investigating the 38-year-old employee’s death on Sunday at Roma, where temperatures reached 42.8C.

Police are also preparing a report for the coroner.

Electrical Trades Union assistant state secretary Peter Ong said members had told him the man collapsed in his donga after finishing work on Sunday and hit his head.

He was taken to the Roma Hospital, in southwest Queensland, and pronounced dead.

Another person has been admitted to the St George Hospital with a heat illness since the start of the year out of seven people who turned up at the emergency department affected by the extreme temperatures.

Figures provided by the Bureau of Meteorology show the mean average maximum temperature for Roma so far this year has been 38.9C, almost five degrees higher than the average January mean since records were kept.

Project manager Fluor Australia said it was investigating and assisting authorities in their investigations.