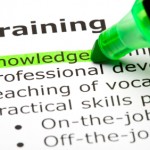 A middle-aged man has died following a workplace incident in which a two-tonne concrete block slipped off a moving forklift, crushing him.Emergency services rushed to the scene where they after 20 minutes, they were able to free the man. The man was taken to the hospital in critical condition and died shortly after.

A similar incident occurred recently when a concrete slab fell 12 metres on to an Ultimo man, after its chains became loose.The man was guiding crane operators when he was struck by dislodged concrete . Fortunately he survived, but suffered back and hip injuries.

Police detectives and WorkCover representatives are looking into possible causes of the accidents.