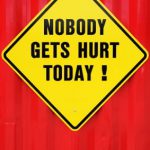 Tasmania unions are confident that tougher fines under new workplace safety laws will help perpetuate a drop in workplace injuries.

Figures released for the launch of WorkSafe month revealed that injuries have dropped approximately 4 per cent in Tasmania.

Thus far there have been 4 work-related deaths  in the past year.

New workplace laws will be implemented this year.

However, Harkins lamented that  Tasmania remains the second worst performing state behind Queensland.

Most injuries and deaths happen in the  construction and farming  industries.

Recently a Hobart man injured at work was granted the state’s highest compensation payout  of $7.5 million.