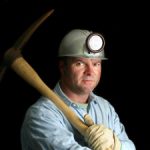 A young mine worker was injured in an underground incident in Leornora. He sustained injuries to his throat and chest area when he was struck by some apparatus.

He was airlifted by the Royal Flying Doctor Service to Royal Perth Hospital where he received treatment.

The accident took place at the King of the Hills mine a few kilometres north-west of Leonora. According to St Barbara Managing Director and CEO Tim Lehany, the man is a worker for contracting company Byrnecut.

The mine is owned by a Melbourne gold mining company, St.Barbara. Lehany alleges that the incident did not result in any falling rocks. According to a spokesperson, there is currently no scheduled formal investigation by the Department of Mines and Petroleum.