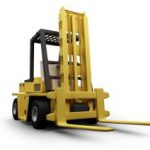 A worker died when he was crushed by a forklift in front of fellow workers at Flemington Markets. Shocked workers said Lilipe Manuoliku Hehea was doing work with a customer when his forklift fell over and trapped him beneath it. He was an employee for a produce wholesaler and was working back and forth between trucks in a  hectic loading zone.

Emergency services were called to the scene shortly after the accident but the man had already succumbed to his injuries. One agent who arrived early on the scene said it was a tragic accident. No other workers or vehicles were involved, the man was working on his own prior to the accident.

Some have speculations are that Hehea got distracted or did something unusual to make the forklift turnover. Hehea was a husband and a father. Hehea has worked at the markets for over half a decade. The incident has been described as a “freak accident” that resulted in the death or a respected worker.

WorkCover is currently investigating the incident and have stated that early reports regarding the circumstances of the accident seem to be correct.Police are presently preparing a report for submission to the coroner.Workers in the Flemington market continue to mourn his loss.