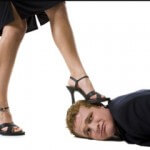 Approximately 11 current and former employees will be spoken to by WorkSafe to discuss their experiences of abuse at the hands of several managers.

Some of the allegations include; being locked in rooms, public berating, and a lack of shifts after clashing with managers.A man outside of the interviewees, claims he spent two days in the hospital after being forced to teach a first-aid class despite suffering an asthma attack.

First-aid trainer Anthony Mesman stated that he believed it to be one of the worst places he has even been employed by. Mesman claims that there was distinct atmosphere of fear in the workplace.There was previously a police inquiry into an alleged case where two managers locked a first-aid trainer in a room. However, the case was dropped because of a lack of witnesses.

WorkSafe acquired access to documents which prompted their investigation. The documents contain the testimonial of a former health and safety officer who claims that a manager constantly intimidates, harasses, and bullies trainers to the detriment of their health. This account also alleges that other managers support this behaviour within the training unit.

Ambulance Employees Australia secretary, Phil Cavanagh warned the CEO of St. Johns that a culture of bullying, harassing and victimising was brewing within the organization because of some managers.

Deputy CEO Theron Vassiliou said St John Ambulance Victoria claims that the organisation has a strong anti-bullying policy and any claims or allegations are promptly investigated and dealt with appropriately.