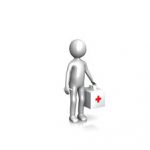 St Johns Ambulance is reportedly disturbed at the findings of its report that shows just 13 per cent of Australian workers are trained in both first aid and CPR.

The report revealed that approximately 87 per cent of workplaces have failed to provide first aid training, despite the fact that first responders can dramatically change an injured person’s chance of survival.

Retail businesses fared the worst, with just six per cent of workplaces with employees trained in first aid.

The best performing industry of the report was the education sector. This sector had approximately 21 per cent of workplaces  that met current first aid standards.

New South Wales, the ACT and Victoria were the top performing states, compared to Western Australia were less than nine per cent of workplaces met guidelines outlined in the new Code.