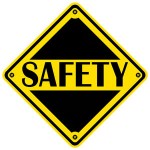 If the task is not safe, workers should avoid doing that task as there are rights and laws that protect workers who refuse to undertake unsafe practices, despite their boss’ insistence. The OHS Harmonisation laws have even gone further to ensure that workers are not forcibly subjected to task that they fear would endanger their health and safety.

Despite this, there have been several workers in the last month who have died in Victoria. It is important to note, that Victoria eventually decided that the implementation of Work Health Safety Act January 1, 2012 deadline was not feasible.

Just to recap, the most recent incidents that have occurred are as follows:

Worker is crushed an dies when a vehicle rolls over him.

These incidents seem like freak accidents, and while many of them could be considered as such, often times they are caused by Occupational Health and Safety breaches. This recent spate of injuries and deaths may indicate that the Victorian laws designed to protect safety, need to be re-evaluated.

To add to the deaths, the Herald Sun has recently revealed that the Country Fire Authority staff has contracted cancers and other diseases which could have possibly been caused by their work.