A Hobart man is  de 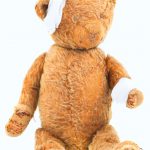 vastated after a court judgement denied him workers’ compensation

28 year old Anthony Young lost his leg after it was crushed by a machine at K&D Brickworks while on the job in September 2010.

Despite working at the New Town plant for 2 years, the Supreme Court has decided that Young is not eligible for workers compensation as he was hired under a contracting agency, therefore making him an independent contractor. Young was a contractor employed by Tasmanian Contracting Services when the accident occurred.

Young reportedly devastated by judgement, which was upheld by the Full Court of Appeal. He is said to be struggling to pay medical bills and make ends meet.

“It’s coming to the stage now that I can’t even afford to pay for things I need, so I just go without it. I guess there must be some legal side of things but I don’t know how you can find out someone is not a worker when you pay your taxes, you pay your super just like every other person does.” said Young.

K&D was fined $60,000 as a result of the accident. A case for damages for personal injuries was also lodged by Young against the company but it has not yet concluded