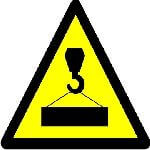 A 23 year-old-worker was crushed  to death by a BHP Billiton crane.  BHP has since halted its Port Hedland (where the accident occurred) port and rail operations following the death of the worker.

The incident which occurred at an iron ore loading facility  is currently being examined by the Department of Mines and Petroleum to ensure that it is adhering to the proper occupational health and safety codes.

According to Gary Wood from the CFMEU,  BHP’s safety record has not been impressive until this year. Between 2008 and 2009, five logging deaths were recorded.

Apparently, hazard plans have been in development and the results were promising but numerous incidents continued to occur.