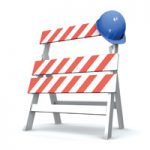 A man died when he was caught between two lifts in an Occupational Health and Safety accident that occurred in Melbourne early this week. It is alleged that the man was delivering a scissor-lift and a forklift to a Masters Home Improvement store in Preston when he was crushed between the two. Workers discovered the man early in the morning and called emergency services, but unfortunately he had already succumbed to his injuries prior to their arrival.

Worksafe spokesperson Michael Bert indicated that the time of death was undetermined and that the victim could have been trapped for quite some time.

According to Birt, Investigators were at the store, trying to determine the circumstances surrounding the untimely death. The man was said to have been carrying out a routine job.He revealed that all that they know is that the man was crushed by two lifts but the time and how it happened is undetermined. Police are also at the scene preparing a coroner’s report.

This is the fifth workplace death in Victoria this year.

Birt stated the need for workers to consider the various dangers and risks that accompany every-day routine jobs. He urges workers to take heed of the dangers and not neglect the risks so that serious injury or death can be avoided.