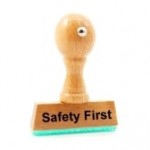 A gas explosion in Perth has caused a building to completely evacuate. Luckily, workers in the building avoided serious injury despite the explosion causing furnature and office supplies to careen across the building.

Staff was sent an email informing them to evacuate the premises upon the occurrence of the explosion.  The damage bill is estimated to reach $5000.Apparently, some workers were believed to under-estimating the seriousness of the explosion upon hearing  alarm. Luckily, wardens were able to evacuate the buildings occupants safely and efficiently.

More information on Office Safety can be found here